What Happened To The Second Mission?

You remember that the first Mission that the Padres built at Santa Cruz was washed away in a flood.  They started rebuilding it right away, this time on top of a hill, so that it would never be flooded again.  They built a bell tower on the Mission and they put nine beautiful bells into the tower.  Can you imagine how wonderful it must have been to hear those bells ringing out over the peaceful valley? 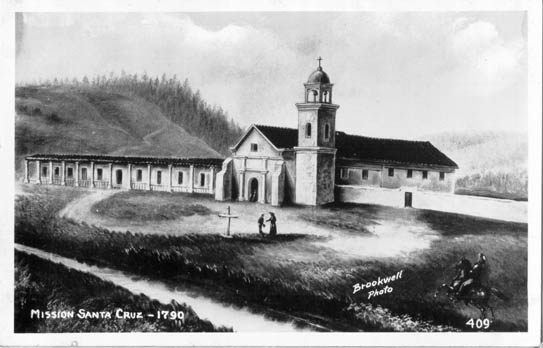 They did everything that they could to be sure that the new Mission was safe, but there are some things that you can  never prepare for.  If you live in California, you know about earthquakes.  They happen every once in a while, usually when you don’t expect them.  Most of them are just like being on a roller coaster for a few seconds, aren’t they? Sometimes, though, the earthquakes are strong enough to make buildings fall down.

We don’t have to worry about that so much today, because we make our buildings so that earthquakes usually won’t knock them down.  They didn’t know how to do that when the second Mission was built, though, and that’s just what happened. 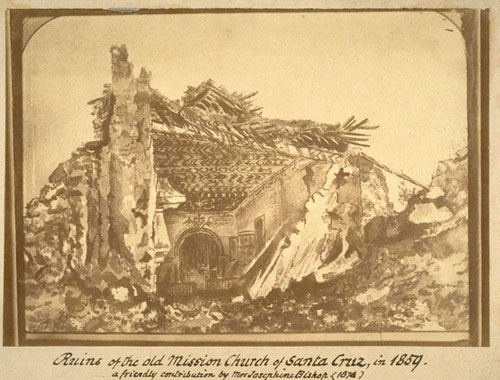 In 1840, there was an earthquake that was strong enough to make the bell tower on the Mission fall over.  You can imagine what a noise that must have made, as all of the nine beautiful bells fell to the ground.  They say that it woke up most of the town of Santa Cruz!  Not only did it knock down the bell tower, but it weakened the rest of the buildings of the Mission. Then, in 1857, there was another strong earthquake.

The poor old Mission was already hurt, and this earthquake finished it.  It lay in ruins for years.  How sad the priests must have been, to see their beautiful Mission destroyed.

This one wasn’t as beautiful as the old Mission had been.  It was made out of wood, instead of adobe, but it was still a good church.  That’s where the Catholics in Santa Cruz went to church for almost 30 years.

Then, in 1889, they built the church that is still there  today.  It’s the church that the Holy Cross Parish in Santa Cruz uses. It’s built in a style that’s called, “gothic.” What happened to all of the things that were in the second Mission?  Well, some of the things were used in the new church, of course.

You might be wondering, though:  if the Mission was knocked down in an earthquake, where did today’s Mission come from?  Well, if you’ll click on the bell, we’ll tell you all about it. 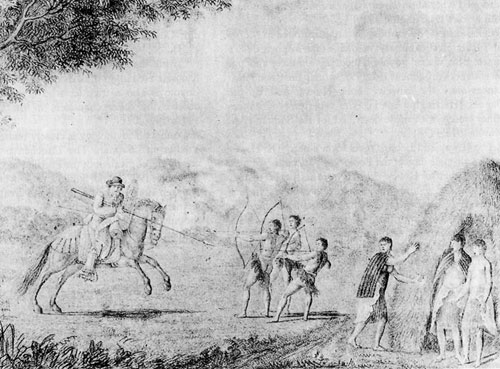 Actually, we have a pretty good idea of what Mission Santa Cruz looked like when they rebuilt it on the top of the hill.  There was a French artist named Leon Trousset who painted it when he traveled through Santa Cruz in the 1850s, and his painting is still hanging in the Misión Galería Gift Shop.

Who Were The Native People Who Helped To Build The Mission? 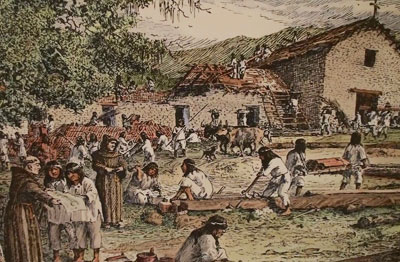 You’re old enough by now to know that Columbus was a little confused when he landed in the Americas.  He thought that he’d found India, and so he named the people who lived here, “Indians.”  Of course, they weren’t Indians and so we now call those people, “Native Americans.”

When the Spanish came to California, they found many  Native Americans already living here.  Scientists think that there may have been as many as 10,000 Native Americans living between Big Sur and San Francisco before the Spaniards arrived.  There were about 40 different tribes and they lived in groups between 100 and 250 people in each tribe.

The Spaniards called all of the Native People who lived  here Costenos or Costoans, which is Spanish for “Coastal Dwellers.”  There were two tribes who lived closest to Santa Cruz and who did most of the work at the Mission.  They called themselves the Ohlone and the Zayante.  Almost all of the Ohlone and Zayante are gone now.  We  remember them mainly from creeks or mountains that are named after them.  Still, scientists called “archaeologists,” have been able to discover quite a bit about how they lived.  Since they had such a big part in making the Mission work, we should talk a little bit about them.

What were they like?  Well, first of all, each tribe was separate.  You might be from Los Angeles or from San Diego, but you’d still think of yourself as a Californian, wouldn’t you?  Or you might be from Kansas or Idaho, but you’d still think of yourself as an American.     It wasn’t like that for the tribes.  They didn’t think of themselves as all being Native Americans.  Each group had their own language and their own ways of living.  They considered themselves separate people who lived near to each other.

What did they eat?  They were lucky there.  The area around Santa Cruz was just chock full of wonderful things to eat.  They lived right beside the Pacific Ocean, so when the  tide went out everyday, they could just walk to the shore and gather shell-fish for supper.  They had clams and oysters and mussels and abalone.  There are many rivers and streams that run through the area, too, and so they were great fishers.

They’d catch trout and salmons and sturgeons.  If they didn’t feel like eating fish, they’d hunt in the forests for deer, antelopes, rabbits,  moles or even bears.  And, of course, there were many kinds of birds that they could trap and eat, too, like ducks and doves and quails. We know that there are a few animals that they didn’t hunt or eat, because they thought that they were holy animals.  Eagles, owls, and ravens, for instance, were never killed by the tribes.  Do you know what other animal they never hunted?  The frog. 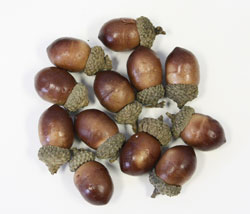 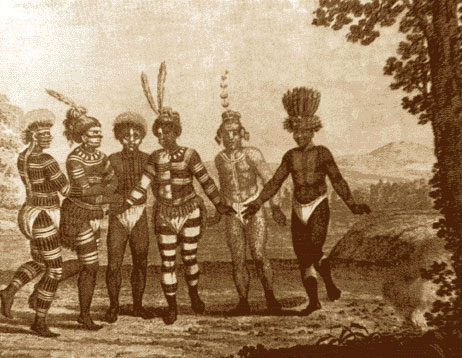 They also had many plants to eat.  The mountains around Santa Cruz are filled with delicious, fat blackberries that you can gather every summer.  And there are elderberries and  gooseberries and madrone berries.  One of the most important parts of their diets, though, was something you might not think of today.  They ate lots and lots of acorns.   That’s right:  acorns!  The woods were full of all kinds of oak trees and they would gather the acorns every autumn.  Of course, they couldn’t just pick them up and eat them like squirrels do.  Acorns have something in them called “tannin,” that makes people sick, so they had to get rid of that first.

So, as you can see, the Ohlone and the Zayante usually didn’t have to worry about having enough to eat.  There was so much to eat that they never even bothered to keep animals like cows and pigs and goats.  The only animal they ever trained to stay with them was the dog.  And who wouldn’t want to have a dog?

What else do we know about them?  We know that they were wonderful crafts-people.

They made arrow-heads and scrapers and knives from a kind of a volcanic rock called, “obsidian.”  They would gather the beautiful shells along the coast and make them into earrings and pendants, or attach them to their belts or clothing for decorations.  They would  make cloaks and head-dresses out of the feathers that they gathered.

They must have looked quite colorful when they were all dressed up, don’t you think?

What did they actually look like, though?  Well, here’s a painting of one of the Native People that still hangs in the Mision Galeria.  His name was Justiniano Roxas and he was very, very old when the picture was painted.

Some people even say that he lived to be 123 years old.  Still, you can see that they were quite handsome people, can’t you?  What a strong, lovely face he had.

They say that the very last of the Zayante people was a woman who lived for many years beside Zayante Creek, in the mountains just outside of Santa Cruz.  When she died, she was buried somewhere among the giant redwoods in Henry Cowell Park.

Her grave, like her people, is lost now, but we can always remember these wonderful people when we look at the Missions that they helped to build. Read more about the Santa Cruz Mission today.

Click To Download Our Weekly Bulletin – Please be sure to refresh your web browser so that you are sure to get the *latest*!

Reconciliation
Saturday: 3:30 pm until finished. (At the Mission chapel)

Daily Mass
8:30 am in the Mission Chapel (Monday-Friday)